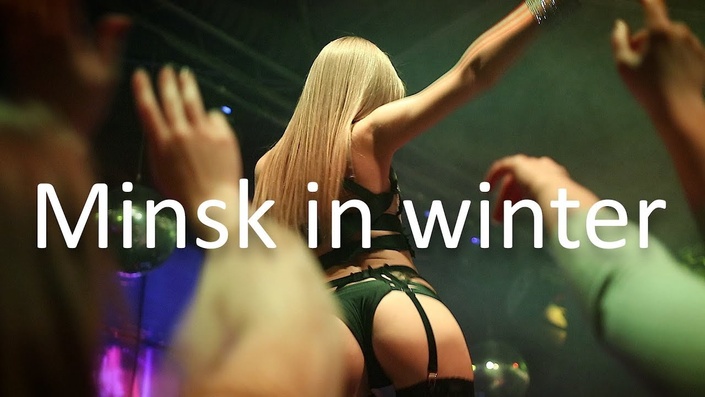 Learn how to relocate yourself to Belarus and maximize your potential quality of life!

Over the last 2 years, I have received scores of enquiries about how to successfully move to Belarus, be that from the comments under my YouTube videos, private emails, the participants on my bootcamps or my one-on-one clients who live the Tsar Experience with me.

I'm sure that you'd agree with me that Belarus has a lot to offer the right kind of guy as a place to live in terms of quality of life. For example, imagine having access to high standards of living while still located in Europe for a fraction of the cost surrounded by beautiful women. Sound like it's for you? 😀

You're probably already aware that Belarus offers many foreigners the opportunity to come visit the country visa free for up to 90 days every year. But what happens when you would like to stay longer than your 90 days?

This was a problem that some American friends of mine faced when they wanted to live in Minsk for 3 months straight. They didn't want to be under pressure to leave so soon as their local love lives were going so well. 😉

They kept exiting Belarus every 30 days or so but eventually they faced the 90-day yearly visa-free allowance.

So much stress and hassle!

What they really needed was legal residency in Belarus so they could stay as long as they felt each year but ...

What visa did they need? How do you get that organized without speaking Russian or understanding the legal system?

They needed an optimal visa strategy for staying in Belarus.

Do you really own your investment?

Imagine you purchase the perfect apartment with views over Nemiga in central Minsk. You spend the best part of the year renovating it all while doubling your investment in the property because it's where you plan to spend much of your time for the next 20 years.

Then suddenly one day, you get a knock on the door and some policemen tell you that you are in fact trespassing in the apartment of a babushka.

Make sure you own legal title to your apartment and not the neighboring grandma!

That said real estate is a mere fraction of the cost in Belarus compared to North America or Western Europe, you can indeed 5x or even 10x what you can afford back home.

Sound attractive to you?

With a researched real estate investment plan, you'll be able to relax in your property and actually have confidence that YOU really own your amazing Minsk penthouse or Belarus country lake dacha ...

When I first started traveling to Eastern Europe over 10 years ago, I was a solo traveler. I had zero contacts in the region.

Eastern Europe was indeed amazing but it's no fun being Billy No-Mates day after day, especially if you are staying for months.

Now it's fine when you are on dates with the pretty girls, but none of us are actually doing that 24/7. We all need a network!

It's even tougher when you have a language barrier to overcome, are dealing with frustrating bureaucracy or even that you get ill ... everyone clearly needs a group of like-minded buddies nearby.

I even know one foreigner living in neighboring Ukraine who has given up on dating women, has no local friends and doesn't speak Russian or Ukrainian.

He often looks depressed ... You don't want to end being Billy No-Mates in Belarus either!

A few years ago back home, I met a guy from Ukraine through a friend and he told me that next time I arrive back, I must contact his Russian-speaking foreign friends in his home city.

I followed up and discovered that these contacts of his were super connected in the Eastern European social and business world.

This was a game changer!

These guys became close friends. They introduced me to their friends (some of whom were also super hot chicks). They showed me the ins-and-outs of life in Eastern Europe.

In the end, we humans are social creatures and I know that if anything were to happen, I now have a local number to call.

Building a network of local and expats friends is vital to a successful move, as is a strategy for overcoming the language barrier ...

During the last 5 years, I have traveled all over Belarus, to cities like Minsk, Gomel, Grodno, Brest and Vitebsk. Much of this I've documented in the videos on my YouTube channel.

Along the way, I've encountered many of the same challenges that you will face in moving here. I thoroughly believe that the rewards definitely outweigh the downsides as long as you have the right plan in place.

To overcome these same obstacles, I have created a network of contacts to solve the biggest problems faced by foreigners moving to Belarus.

Now I want to open up those solutions to you as well so I've created an exclusive 6-week group consultation program for high level guys who want to relocate to Belarus for 3-12 months per year.

It's called Slavic Utopia Secrets: Belarus and it's going to start on Wednesday 21 April 2021.

Are you onboard with us?

Here is what you will learn on these 7 group consultation calls:

The following is what's included in Slavic Utopia Secrets: Belarus:

But the program is limited to just 10 participants so you have to act fast! If the enrollment link still works then I still have some places left.